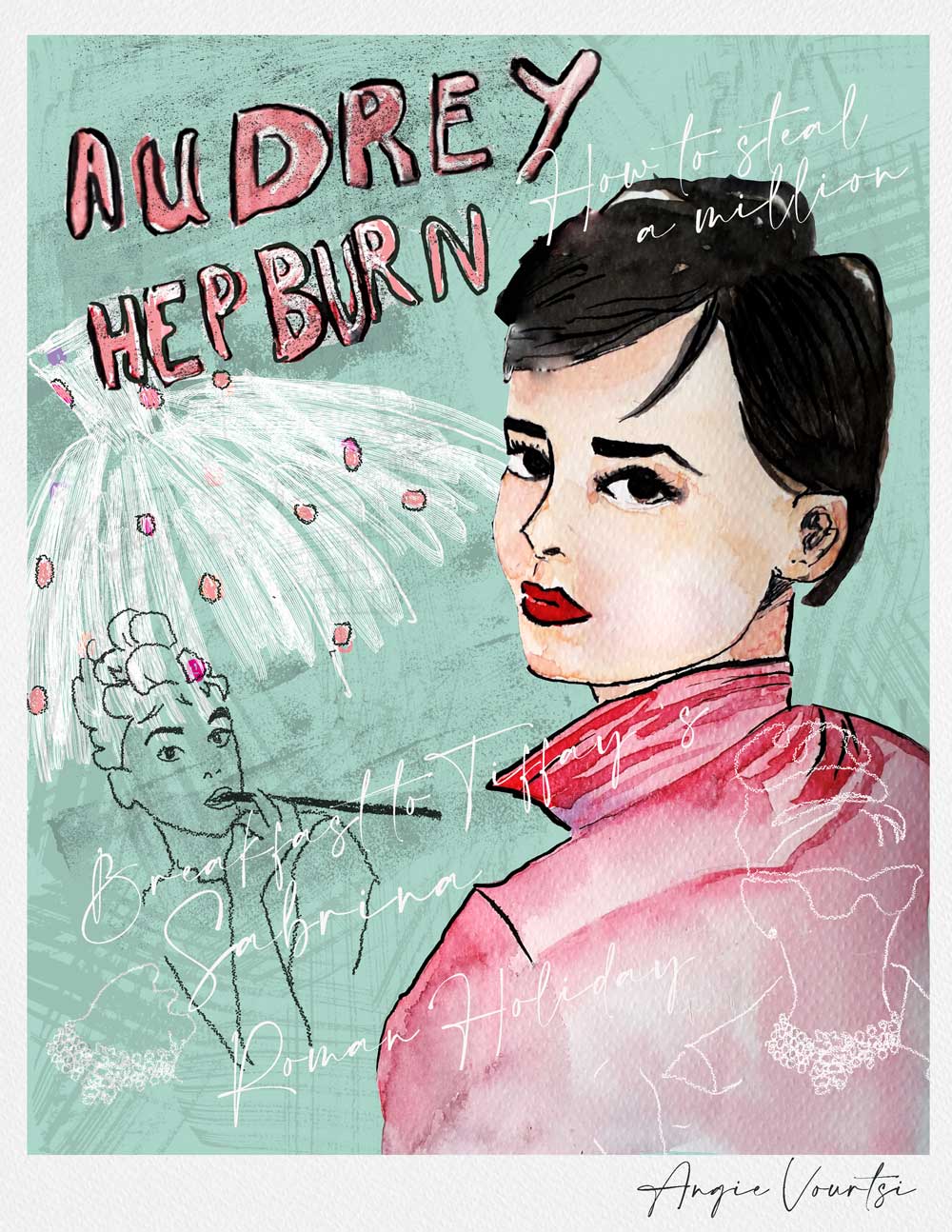 Mixed media work with analogical and digital technique, that started with a quick  sketch of Audrey in Watercolour.

Then I thought of making this kind of poster.

I have included  some of the most famous film titles and in simple sketches the most characteristics and stylish poses with the sun-glasses and the other with the cigar! The dress was a bonus ! 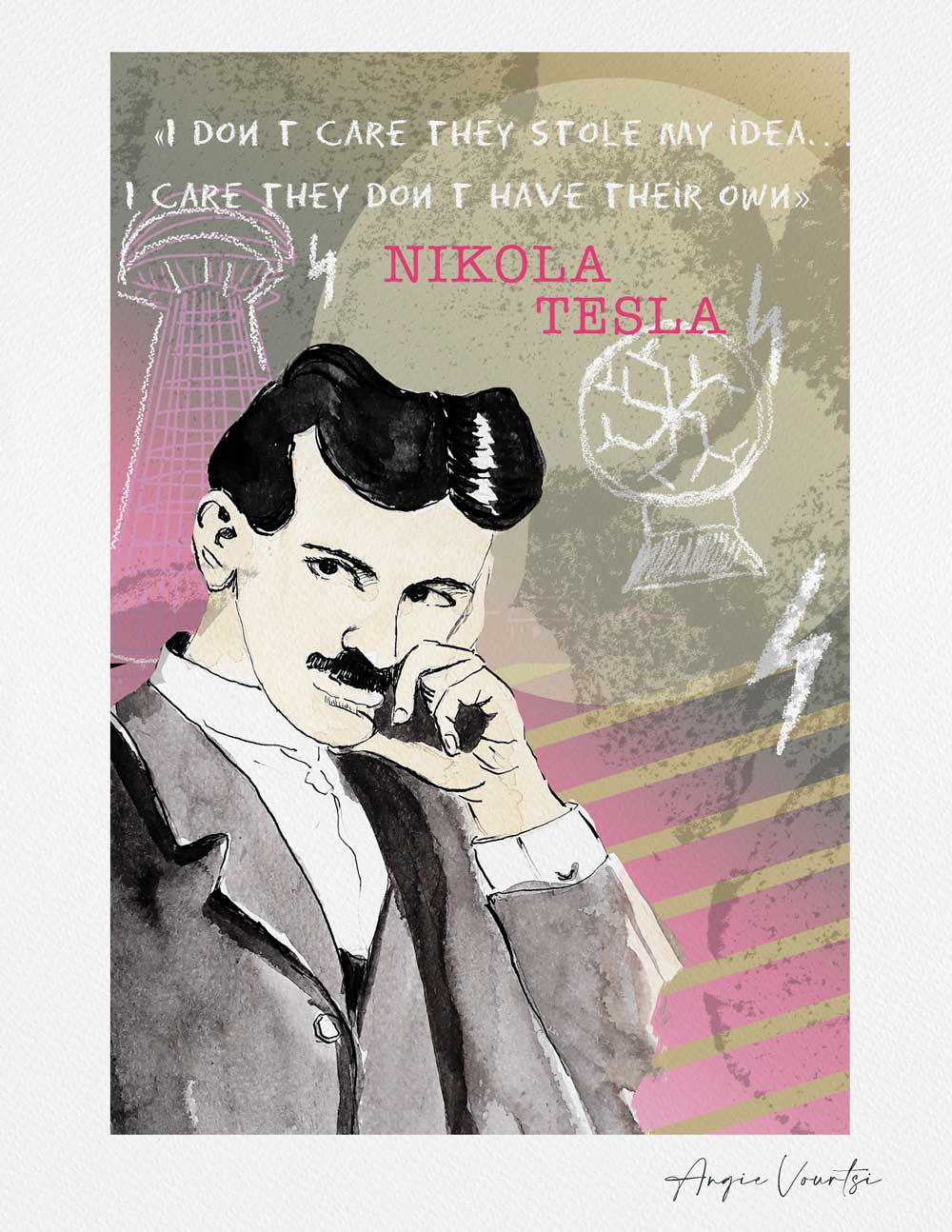 I feel that Tesla is  the “Van Gogh of Science“. Personal opinion.

His life was full of disappointments, failures, and he died alone.

He never received the recognition he deserved in his living years.

That gives me a romantic feeling for this  great scientist and  I chose pink for my colour pallet. 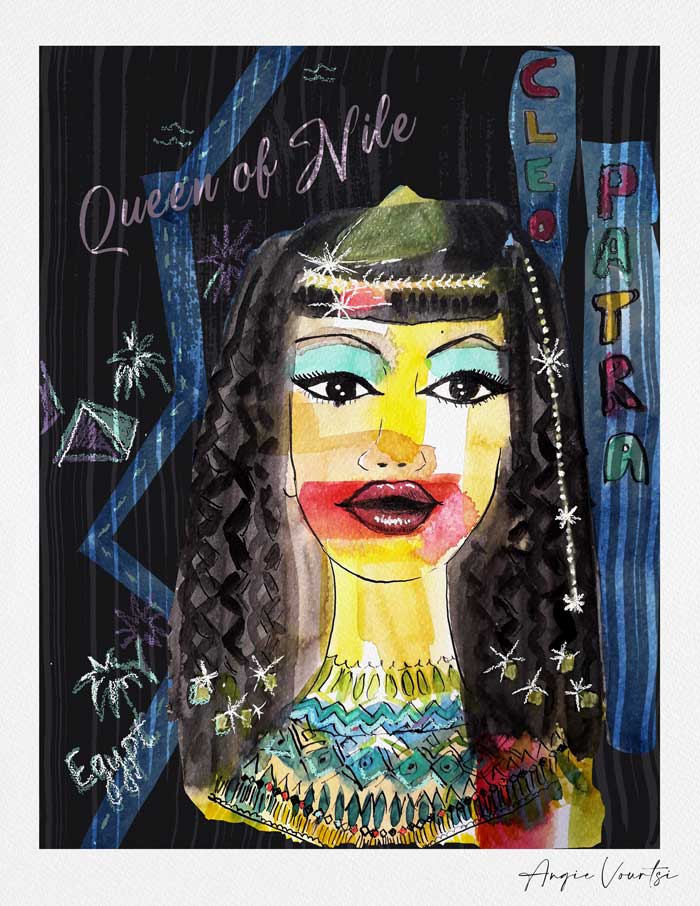 OK something Bold and flamboyant. 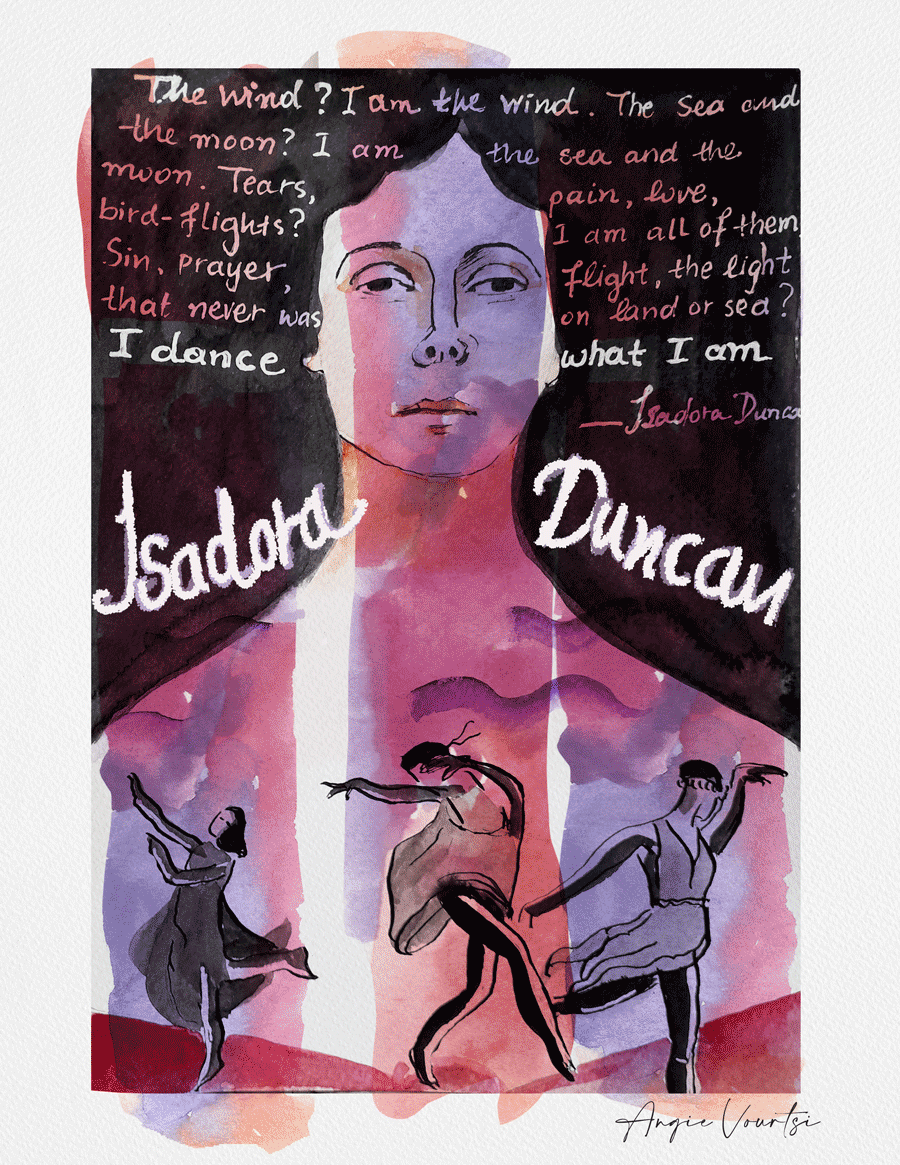 I read the biography of this great dancer and choreographer Isadora Dunkan (1877- 1927) when I was very young.

She was  inspired of  Ancient Greek choreographies and she was called “the bare foot dancer”. She was dancing in abandoned ancient temples at a time when a few people had some kind of admiration or knowledge about Antiquity.

I admired her passion for dancing, her inner fire and of course I was shocked about the tragedies in her life (lost both her children in a tragic accident)

and of course her death was so tragic like her whole life (drowned when her scarf was caught on one of the rear wheels of the sports car where she was riding). 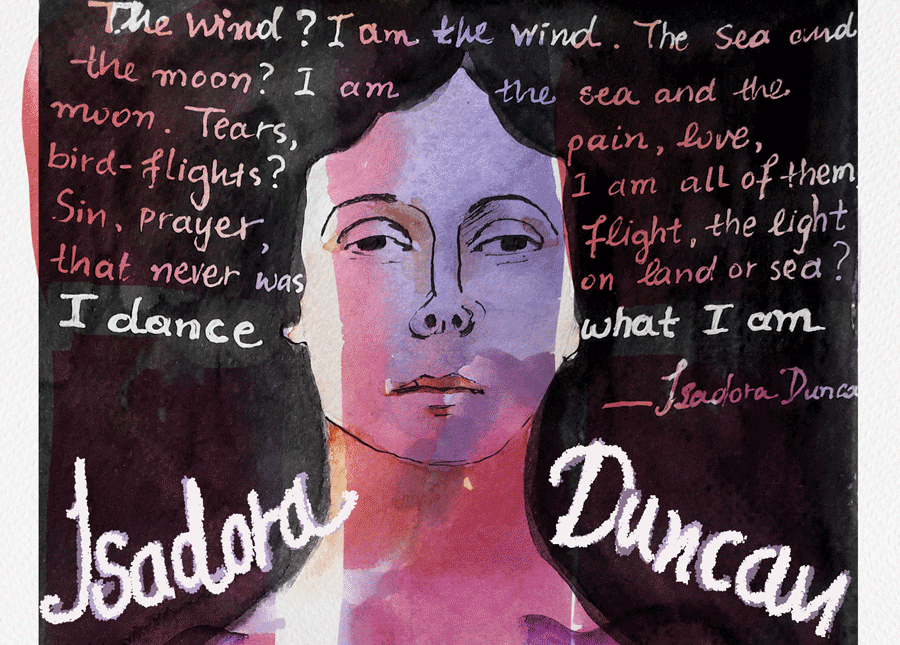 Tears, pain, love, bird-flights? I am all of them.

Sin, prayer, flight, the light that never was on land or sea? 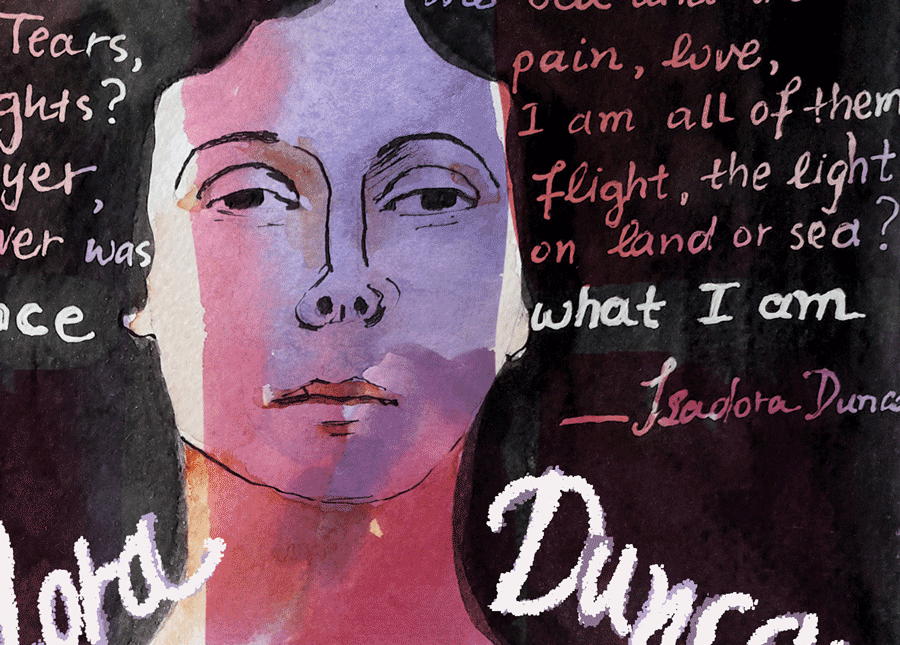 I chose watercolour washes to bring out this etherial feeling for this woman’s dancing. 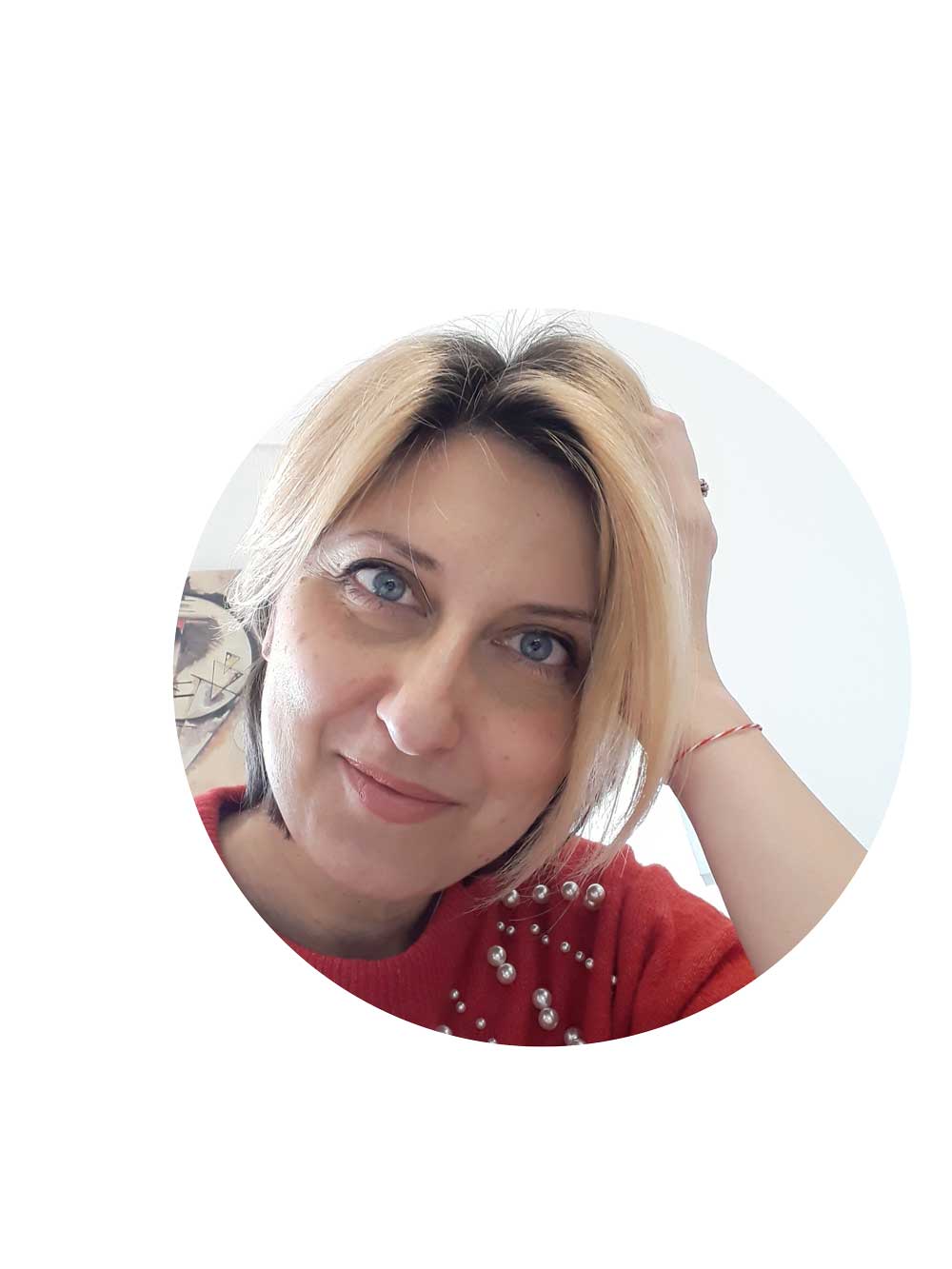 Hi, I am Aggeliki (Angie)

Painter and Illustrator. My work is a mix of joy with color.

I wanted to thank all of my friends, relatives and

I use cookies on my website to give you the most relevant experience by remembering your preferences and repeat visits. By clicking “Accept”, you consent to the use of ALL the cookies.
Cookie settingsACCEPT
Manage consent

This website uses cookies to improve your experience while you navigate through the website. Out of these, the cookies that are categorized as necessary are stored on your browser as they are essential for the working of basic functionalities of the website. We also use third-party cookies that help us analyze and understand how you use this website. These cookies will be stored in your browser only with your consent. You also have the option to opt-out of these cookies. But opting out of some of these cookies may affect your browsing experience.
Necessary Always Enabled
Necessary cookies are absolutely essential for the website to function properly. These cookies ensure basic functionalities and security features of the website, anonymously.
Functional
Functional cookies help to perform certain functionalities like sharing the content of the website on social media platforms, collect feedbacks, and other third-party features.
Performance
Performance cookies are used to understand and analyze the key performance indexes of the website which helps in delivering a better user experience for the visitors.
Analytics
Analytical cookies are used to understand how visitors interact with the website. These cookies help provide information on metrics the number of visitors, bounce rate, traffic source, etc.
Advertisement
Advertisement cookies are used to provide visitors with relevant ads and marketing campaigns. These cookies track visitors across websites and collect information to provide customized ads.
Others
Other uncategorized cookies are those that are being analyzed and have not been classified into a category as yet.
SAVE & ACCEPT